Teams arrive in Rio with ID documents they have never had

All the teams arriving in Rio for the Street Child World Cup have been greeted by a carnival atmosphere as players and volunteers prepare to take part in the 10-day tournament organised in association with Save the Children. Their arrival is the culmination of months of training and hard work, but more importantly it marks the the first time many of the players have been legally recognised by the countries they are representing.

A core message of the Street Child World Cup is “I am Somebody“, and the significance of the phrase has been all too apparent as the players walk into Lonier to be greeted by cheering SCWC volunteers. Almost a year of effort has gone into securing visas and travel documents for the children, many of whom have never had a birth certificate or any other form of official identification. 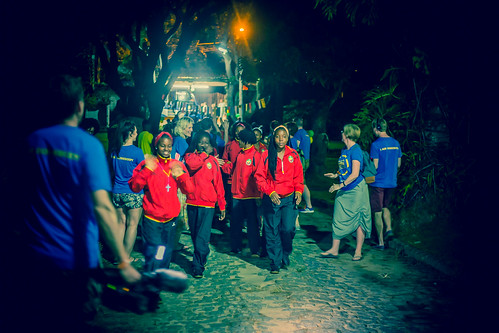 The nervous wait for visas to be finalised has gone on until the very last minute – confirmation that Team Mozambique would be allowed to travel only came through the day before they were due to fly.

Abdul Faquir, Project Leader of Team Mozambique, is delighted that his team has made it to Rio: “Getting the visas was very stressful. It would have been terrible to disappoint the players and their parents. Everything else was ready, but we couldn’t travel.
“When the kids found out we could go they loved it. They are so excited to be here, and just want to play football all the time. We have to say: ‘No, it is not time yet.’

“Being able to travel is liberating for the children. It builds their esteem, and gives them a voice. I hope they pass the message on to the future – we are all people.”

Celeste, who plays for Team Mozambique, said: “We were excited before we left, but also nervous because this is the first time we’ve left Mozambique. The trip was very tiring but good. We are very happy to be here, and can’t wait to play.” 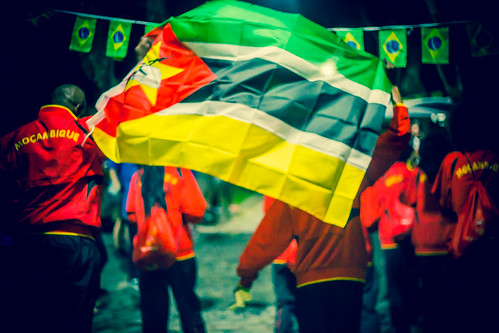 Not having birth certificates or legal identification ostracises street children from society, putting them in a position where they cannot access health or education services. A lack of legal recognition prevents children from moving forwards with their lives.

Even the teams who received their visas first, including Nicaragua, Egypt and Tanzania, only found out that they would be allowed to travel two weeks ago. One of the key changes that many of Street Child World Cup’s partner projects are seeking is an easier process to register the children they are working with.

“On Sunday the 2014 Street Child World Cup will kick off, and the players will represent countries they are legally recognised by. The street champions have achieved a huge amount just to be here, now the stage is theirs to make their voices heard.”